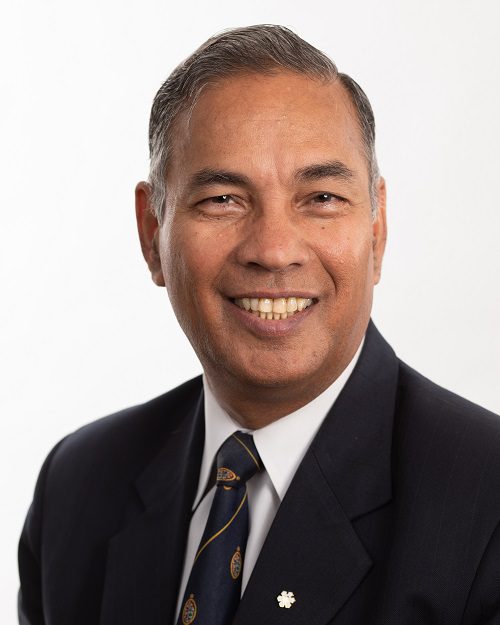 Dr. Jayas is a former Tier I (Senior) Canada Research Chair in Stored-Grain Ecosystems. He conducts research related to drying, handling and storing of grains and oilseeds and digital image processing for grading and processing operations in the Agri-Food industry. He has collaborated with researchers in several countries and has had significant impact on the development of efficient grain storage, handling and drying systems in Canada, China, India, Ukraine and the United States. He has authored or co-authored over 975 technical articles in scientific journals, conference proceedings and books dealing with issues of storing, drying, handling and quality monitoring of grains.

Dr. Jayas has received awards in recognition of his research and professional contributions from the Agriculture Institute of Canada, Applied Zoologists Research Association (India), American Society of Agricultural and Biological Engineers (ASABE), Canadian Institute of Food Science and Technology, Canadian Academy of Engineering, Canadian Society for Bioengineering, Engineers Canada (formerly Canadian Council of Professional Engineers), Engineers and Geoscientists Manitoba (formerly Association of Professional Engineers and Geoscientists of Manitoba), Engineering Institute of Canada, Indian Society of Agricultural Engineers, Manitoba Institute of Agrologists, National Academy of Agricultural Sciences (India), National Academy of Sciences (India), and Sigma Xi. He was the recipient of the 2017 Sukup Global Food Security Award from ASABE, and the 2008 Brockhouse Canada Prize from NSERC.  In 2009, he was inducted as a Fellow of the Royal Society of Canada and in 2018, he was appointed as an Officer of the Order of Canada for “his advancements to agricultural practices worldwide, and for his promotion of academic and scientific research in Canada.” In 2019, he received the RSC Sir John William Dawson Medal for “important contributions of knowledge in multiple domains.” In 2020, Dr. Jayas was selected for induction into the Manitoba Agricultural Hall of Fame in recognition of his engineering contributions to grain preservation.

Dr. Jayas has served/serves on the boards or committees of many organizations such as ArcticNet, Churchill Marine Observatory (CMO), Centre for Innovative Sensing of Structures (SIMTReC), Genome Prairie, GlycoNet, Manitoba Centre for Health Policy, North Forge Technology Exchange, NSERC Council, Research Manitoba, and TRIUMF. He has served as the President of the Agriculture Institute of Canada, the Canadian Institute of Food Science and Technology, the Canadian Society for Bioengineering, Engineers Canada, Engineers and Geoscientists Manitoba, and the Manitoba Institute of Agrologists. He chaired NSERC Council and the board of directors of TRIUMF and currently chairs Board of RESOLVE, a prairie research network on family violence and the Smartpark (University’ Research and Technology Park) Advisory Committee.